We use our own and third-party cookies to collect information to improve our services and to analyze your browsing habits. If you continue browsing, it implies acceptance of their installation. You can configure your browser to prevent its installation.

These cookies are strictly necessary for the operation of the site, you can disable them by changing the settings of your browser but you will not be able to use the site normally.

These cookies provide necessary information to applications of the website itself or integrated by third parties, if you disable them you may find some problems in the operation of the page.

These cookies are used to analyze the traffic and behavior of customers on the site, help us understand and understand how you interact with the site in order to improve performance.

These cookies can be from the site itself or from third parties, they help us to create a profile of your interests and to offer you advertising aimed at your preferences and interests. 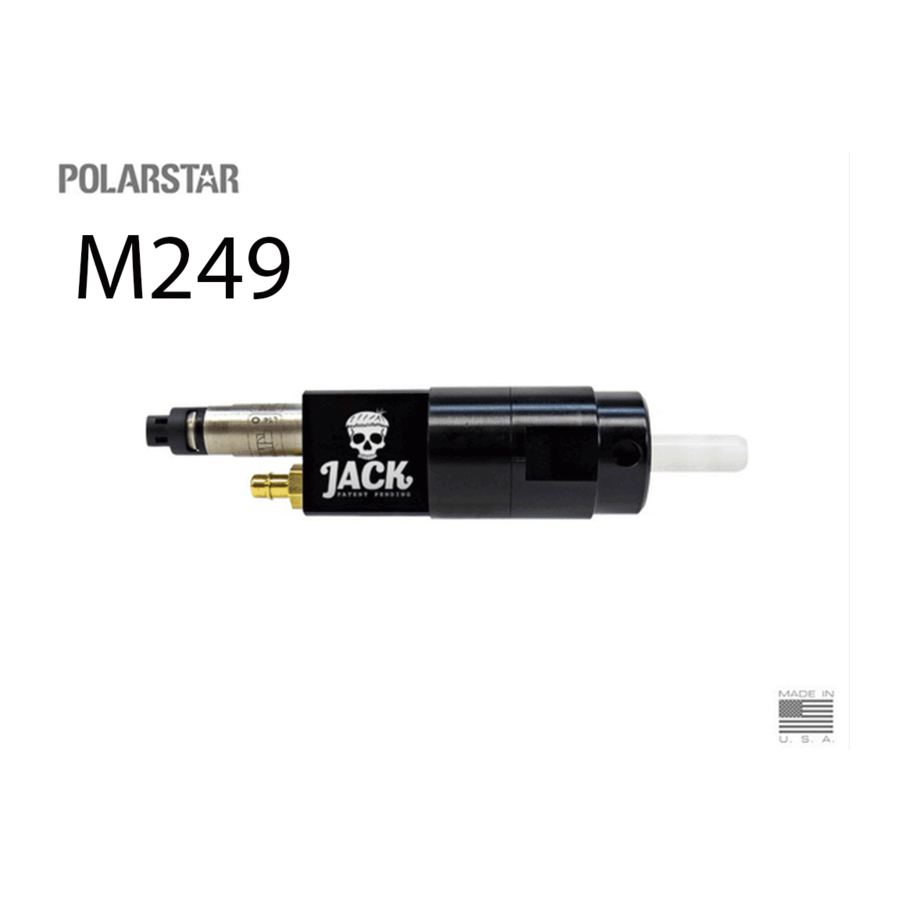 The JACK™ was designed to answer the demand for an affordable, high performance HPA (High Pressure Air) conversion for AEG's. The system is a drop-in cylinder replacement that is universally compatible with a wide range of gearbox versions that have center-line nozzles.

Similar to its sister products, the JACK™ replaces the original gearbox components with a programmable pneumatic system allowing for higher performance and greater reliability over a gear driven system. Although economically priced, the JACK™ still retains the same performance and quality you have come to expect from PolarStar products.

The JACK™ has only one moving part, the nozzle, which acts as its own poppet valve. Similar to the Fusion Engine™ and F2™ poppet, the nozzle is only piloted by the solenoid to open air flow through the poppet with none of the firing air coming from the solenoid itself. This design lets the JACK™ send a higher flow of air down the barrel than systems that only use a solenoid as the firing valve.

The JACK™ allows for easy velocity adjustment by changing input pressure and does not require different nozzles to reach its full velocity range. Using a standard M4 as an example, velocity can be adjusted from below 280fps and up to approximately 500fps with a .20g BB. Velocity can vary per model as longer barrels will increase the maximum velocity while shorter barrels will decrease it.

The maximum cyclic rate of the JACK™ is affected by several factors such as the operating pressure as well as quality of the magazine and BB's used. However, 30 rounds per second is achievable in most standard configurations.

Although not a critical requirement during development, JACK™ does boast some highly respectable figures in this category. This is made possible by its intelligently laid out design which minimizes dead volume resulting in better air flow, faster response and less air used per shot.
(Test Configuration: 6.05x375mm Barrel)